With his father's permission, Dad enlisted in the navy as a teen during World War II. He became a crew member of the Torpedo Squadron Ten (VT-10), also known as "The Buzzard Brigade," which flew missions from the navy carrier, USS Intrepid. I was well into adulthood before I became aware of the bond that Dad shared with his navy brothers. Following his death, a member of my parents' church stood with me at Dad's casket, informing me that he was a WWII vet himself. He didn't know Dad well--they were just fellow parishioners--but the hitch in his voice as he mentioned the war connection moved me and affirmed the strength of that brotherhood. Dad did not talk about his wartime experiences. I don't recall his attending any of the Torpedo Squadron Ten reunions that were eventually organized. Family was aware, however, that he communicated via letters and cards with a handful of guys who had served alongside him (as kids or young adults) in the Pacific. I'm grateful for that communication--for the friends' ongoing friendship over time. Unfortunately, generations continue to be impacted by the costs of war and terror. May we continue to support our troops and veterans, and pray for and work toward peace. ~Nancy 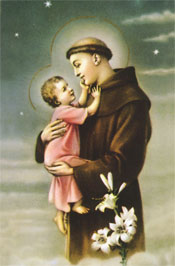